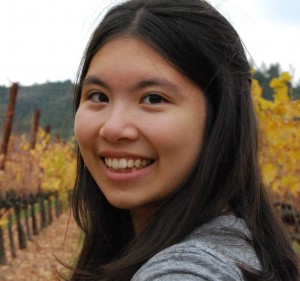 Since the age of four, Adora has been exploring what she can do with the written word: everything from championing literacy and youth voice to working with the UN’s World Food Programme to raise awareness about world hunger. Hoping to instill her love of writing in others, she taught her first class at a local elementary school the year her first book, Flying Fingers, debuted; since then, she has spoken at hundreds of schools, classrooms and conferences around the world.

In 2010, she delivered the speech “What Adults Can Learn from Kids” at TED. The speech received nearly 4 million views worldwide, and has been translated into over 40 different languages. That same year, Adora started organizing TEDxRedmond. Over the course of years of speaking, her audiences have included teachers, CEOs, entrepreneurs, artists, students, and delegates at the United Nations Economic and Social Council’s Youth Forum.

Pacific Standard Magazine described Adora as one of the “30 Top Thinkers Under 30,” going on to call her “an activist for feminism, liberal politics, and youth-oriented causes […] pretty far up the road to becoming intellectual royalty.” She has written widely, including opinion pieces for Mashable and the Huffington Post as well as contributions to poetry anthologies. Excerpts from her speeches and blog posts have been included in writing textbooks around the world. She is a 2011 recipient of the National Education Association Foundation’s Award for Outstanding Service to Public Education, an honor previously bestowed on luminaries ranging from Bill Clinton to Billie Jean King. In 2014, she served as a Youth Advisor to the USA Science and Engineering Festival in Washington, DC. Adora studies political science at UC Berkeley.

Additionally, Adora is an author of three books: Flying Fingers, Dancing Fingers, and Yang in Disguise. Click the Links below to learn more about each title.

Flying Fingers: Master the Tools of Learning Through the Joy of Writing

APOST is thrilled to have Adora serve as our Keynote Speaker, kicking off this year’s Fall Conference for Out-of-School Time. We hope that you will join us for what is sure to be a great day of learning, fun, and networking, and professional engagement.

To learn more about the conference and to register, click here.